Andrew and I rang in the New Year in Florida with his family.  We left with plans to spend the week relaxing at the pool and exploring Walt Disney World (I am a Disney fanatic and at 28 had never been to either Disney).  The weather had different plans.  We took a piece of Portland with us (rain and low 50s temps) so we spent most of the week indoors and lounging around our resort.

We stayed in Kissimmee, FL at Orange Lake Resorts. The resort had several restaurants and bars within it that we ate at, as well as several chain restaurants within a short drive and a grocery store right outside its gates.

This is where we ate most of our meals on the resort.  There were pretty limited vegan options, but River Island had sushi and Avocado Rolls (make sure there is no spicy mayo) are always a good go to for me.  We ordered these twice and I had no complaints.  They also have cucumbers rolls, but I have a seriously weird aversion to cucumber.

We wanted to spent the second nigh of our trip away from the rain, but to do something together (all 15 of us). Andrew’s parents spoiled us with tickets to Medieval Times.  I was pretty hesitant about what they would have for vegan options, but this ended up being the first “real” meal Andrew and I had on the trip and I was stuffed!

Everyone is served the same meal, but they do have vegetarian/vegan options so make sure to let your server know as soon as you sit down!  Our server was great about telling us what I couldn’t eat of the vegetarian menu and making substitutions for me when he could.

I got hummus with extra carrots and celery (the pita bread included in the vegetarian menu isn’t vegan), 3 bean stew with fire roasted tomato and brown rice, and an incredibly sweet orange for dessert.  If you are vegetarian you will additionally get tomato soup, garlic bread, and lemon pound cake.

We spent the next day catching up on lost sleep, staying out of a pretty heavy rain, and then shopping/eating a Disney Springs.  Because of the weather there weren’t many people around.  Most of the family at at Earl of Sandwich and they do have a vegan option (vegetable sandwich without cheese and mayo), but I wanted something more substantial, but still affordable so we ended up a Blaze Pizza.

Blaze is an assembly line pizza restaurant that lets you choose from several different crusts, sauces, veggies, and vegan cheese.  The regular crust and red sauce/spicy red sauce are vegan.  There is no vegan meat substitutions, but about 15 different veggies that you can add to your pizza and Daiya vegan cheese.  I ended up ordering the spicy red sauce (it was definitely spicy and I loved it) with mushrooms, black olives, red onions, green peppers, and jalapeno peppers.

4. Dixie Dharma and Valhalla Bakery at Market on South

All of the kids on the trip wanted to go to the Crayola Experience so we packed the car with all 15 of us and headed to The Florida Mall.  Everyone else ate at the food court, but it was only a 20 minute drive to the Milk District so Andrew and I headed to Market on South.  Both Dixie Dharma and Valhalla were on my “I ABSOLUTELY MUST TRY NO MATTER WHAT!!!” list and my excitement to eat here was at the same level as going to Disney World.

Everything on the menu  at Dixie Dharma sounded absolutely incredible and I had a hard time not ordering one of everything (especially their sides). Andrew ordered the Carolina BBQ Pulled Jackfruit (Tangy Carolina style BBQ jackfruit, garlic pickles, arugula, crispy fried onions, preserved lemon & coca-cola reduction on texas toast) with Cheesy Homies (Oh. My. Gosh, these were fantastic).  I am a sucker for heirloom tomatoes so I order the Heirloom T.L.T (Heirloom tomatoes, arugula, smoked maple tempeh bacon & lemon mayo on Texas toast) with Mac and Cheese: Buffalo Style.  I wish I had room to also try their Crispy Brussel Sprouts, but I was stuffed.

Before we left I got desserts from Valhalla Bakery to go.  Again, I just wanted to take one of everything back, and I probably would have if we weren’t nearing the end of our trip.  We decided on Nanaimo Bar (A Canadian staple: dark chocolate coconut crust filled with a “butter” custard, and topped in dark chocolate) and Brookie (Dark chocolate brownie, topped with chocolate chunk cookie, then drizzled with ganache). Both were huge and ended up making the trip back to Portland with us!

Andrew and I both ended up ordering fajitas.  The vegetarian fajitas had broccoli, mushrooms, onions, beans and rice on top of sautéed mushrooms and red and green bell peppers. They were served with flour tortillas, guacamole, diced tomatoes and shredded lettuce. These were vegetarian so make sure to ask for no cheese, sour cream, and make sure it is not cooked in butter when ordering. I was impressed with the flavor, portion size, and attentiveness of the staff, especially since this is a restaurant primarily focused on serving meat and seafood.

There are pretty limited Vegan options at Disney’s Magic Kingdom.  We only spent one day at Disney World so I didn’t get to try anything at Epcot or Magic Kingdom.  The weather was cold, but at least it was sunny!  Because it was cold most of the street carts were closed so there were limited locations to get pretzels or Dole Whip.

We ended up getting lunch (at 3:00 because the 1:00 line was ridiculous) at Cosmic Ray’s Starlight Cafe.  We both ordered the Falafel burger.  Make sure to order it vegan as it does include Tzatziki and I was unable to find an answer on whether or not the regular bun was vegan.  This also came with a side of fries.  The burger was good (a touch dry without the Tzatziki) especially considering it was amusement park food.  My favorite part of Cosmic Ray’s is the condiment bar.  I stocked up on lettuce, tomatoes, pickles, and mustard.

We spent our last day in Florida at Disney.  We packed up the next morning and headed back to the airport early (the rest of the family was staying until Sunday).  The vegan options at MCO Airport had a few vegan options, so we ended up grabbing lunch at Chipotle. Our resort rooms had full kitchens so at the beginning of the week we stock up on groceries at Publix.  They had a good vegan section and we were able to stock up on plenty of food to make tofu scrambles, bagel breakfast sandwiches, and late night snacks. 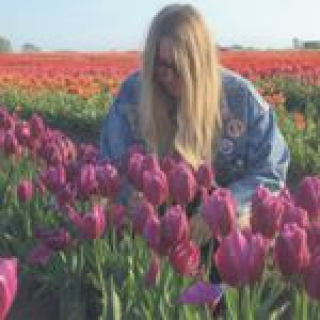